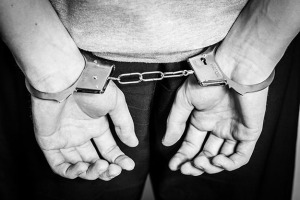 In Ohio, an OVI, otherwise known as a DUI, stands for operating a vehicle under the influence of alcohol or drugs. There are actually two types of OVIs. OVI impaired and OVI Per se.

An officer charges a person with an OVI impaired when in the officer’s subjective opinion the way the person is driving, the way they pull over, how they look, how they smell, what they say to the officer and how they perform on the roadside standardized field sobriety tests indicate that they are too impaired to operate a vehicle.

An officer charges a person with an OVI Per se when they submit to a breath test and the result is higher than 0.08 BAC (blood alcohol concentration), or tests above certain thresholds for either alcohol or drugs on a blood or urine test.

How Can a DUI Defense Lawyer Help Me?

If you’ve been charged with an OVI / DUI, it is critical to know all of your legal rights and options. It can mean the difference in potentially avoiding an OVI conviction, which can make a significant impact on your life. It can also mean the difference in avoiding significant jail time, a lengthy license suspension and many other costly penalties associated with an OVI conviction. For instance, field sobriety tests and breath tests are not infallible, and should not be considered as such.

When you’re charged with OVI / DUI, an experienced criminal defense lawyer may be able to help you avoid some of the more serious consequences of conviction. A lawyer with experience handling OVI / DUI cases in Ohio courts will know what arguments work best and be able to negotiate with prosecutors to try to reduce your charge to one with less serious penalties and that can later be expunged. If the facts and the law are on your side, a lawyer may be able to get your case dismissed.

What Are the Effects of an OVI/DUI Charge and/or Conviction?

A conviction for OVI / DUI in Ohio can cause a ripple effect that touches your life for many years to come. The criminal penalties you face if convicted include possible jail time, fines, loss of your driver’s license, impoundment of your vehicle, and having to use yellow license plates or an ignition interlock on your car.

These are just some of the ways an OVI / DUI conviction might affect your life: